Singer-songwriter-musician-actor-sex symbol Sting is still a Policeman at heart. He is on the rock `n' roll quality control patrol, making sure music - at least his - is safe from overkill technology and special effects.

He proved that to a packed Miami Arena Wednesday night with a stripped- down, no-frills, four-piece band that delivered 18 tunes with enthusiasm, proficiency and light-hearted drama. And he did so with surprising intimacy in the cavernous hall.

He is touring with his smallest band since his days with the power-pop trio Police. If he is trying to illustrate that a few dynamic players coupled with well-crafted songs and one charismatic front man (as well as some elegant lighting) are all the ingredients needed for a wonderful rock concert, he easily made his point.

Sting certainly has faith in his newest material, performing at least six of the nine songs from his current record, 'The Soul Cages'. His first four songs, in fact, were from 'Cages' and actually sounded better live than on record, probably because he let the band improvise on the original arrangements.

The rest of Sting's one-hour-45-minute show was a mix of earlier solo work ('Fortress Around Your Heart', 'If You Love Somebody Set Them Free') and Police songs ('Roxanne', 'Message in a Bottle', 'King of Pain'), which, of course, generated the greatest crowd response. (The songs he wrote as a Policeman will always be difficult to surpass.) He also threw in some unexpected classics: Bill Withers' 'Ain't No Sunshine When She's Gone' and 'Purple Haze' by Jimi Hendrix, which, like the Police songs, al so pulled the audience to its feet.

The show's atmosphere was reminiscent of the recent Paul Simon concert. Though Simon had an international army of musicians onstage, both performances often relied on extended, provocative, sometimes introspective, musical passages rather than simply foot-stomping, crowd-pleasing pop hooks or MTV-era action.

It has been said that rock stars survive on the hits of their past. The theory was proven Wednesday night at the Miami Arena as British singer-songwriter Sting and his three-man band delivered a flat, uninspired first 30 minutes of songs from his latest album, 'The Soul Cages'.

Then Sting played the hits - starting with his undisputed classic, 'Roxanne'. It was the first of several sing-alongs for the crowd of 12,000, which up to then seemed mostly uninterested.

It's no wonder, nothing much had been happening musically. Guitarist Dominic Miller only had a couple of memorable solos the whole night, and keyboardist David Sancious finally came to life in a combination performance of 'Bring on the Night' and 'When the World was Running Down'. His solo was raucous and relentless, a welcomed change from the distant, brooding music of 'Soul Cages'.

Sting's choice of a small back-up group seemed like an attempt at intimacy, which sometimes worked. It gave 'King of Pain', 'Fortress Around Your Heart' and 'Message in a Bottle' a new energy, but it still couldn't help all the tunes.

After a serviceable rendition of the new album's title cut, the Sting-ster had to hit the crowd with 'Purple Haze' to bring things back to life. As for his singing, Sting's primal, brassy voice is always a draw, and there was no letdown Wednesday night.

He caught everyone off guard with a great torch-singer rendition of 'Ain't No Sunshine' and 'Message in a Bottle'. There was also 'If You Love Somebody (Set them Free)', which had Sting roaring his lyrics with unabashed emotion.

And the band was there, too. It came together with an irresistible groove, driven by Sting's playful bass riffs. Drummer Vinnie Colaiuta also emerged from the woodwork during 'Set Them Free'. He was inconspicuously jamming in there all night, and it was a thrill to see him solo with funky abandon.

Just before the encore, Sting delivered driving rendition of 'Every Breath You Take'. 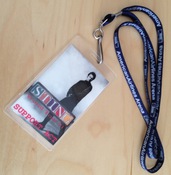