Sting appears to have polarised fans due to his success and ability to grow old gracefully, leaving his punk roots back where they belong, recreating the early songs with respect when interpreting them but moving on to world-music-influenced and jazzy arrangements.

Derision has grown as his career stretches out. If ever there was an artist primed for the death knell that is the symphonic pop crossover, it is the former frontman of The Police.

Literary pretensions swirl in his work, from the early rhyming couplet that concluded with the name-dropping of Russian author Nabakov through to rewritten Shakespearean sonnets.

The Symphonicities project lacked spark on record but there is no worry of this when Sting presents the material live.

'If I Ever Lose My Faith In You', one of several tracks from 1993's superb 'Ten Summoner's Tales' album, is the opener. Sting's voice soars, the strings are uplifting, immediately this has a different feel to so many classical/pop crossover shows where the orchestra is reduced to bit-part parps and sneaking string flailings to elongate the intros and outros.

Sting is generous with banter too, there are some song-stories reeled off by rote but plenty of improvisation too, such as when he applauds a group of women decked out in form-fitting Police outfits; clearly they forgot this show had nothing to do with last week's rugby sevens comedy dress-up parade.

The tantric length of the show meant that although there is (pleasantly) less wine, there is a lot more whine. Where the first bracket of songs excites ('Englishman In New York', 'Every Little Thing She Does Is Magic'), some of the back-catalogue album cuts ('The Shape Of My Heart', 'I Hung My Head') see an agitated audience chatting disrespectfully.

The NZSO is no mere backing ensemble here; often the power behind their performances and the surge of the arrangements adds gravitas, transforming some of Sting's ropey material.

Russians still sounds, lyrically, like a naive essay from a young student that the former Mr Sumner might have flunked (and, presumably, pilfered) but the standing ovation at its conclusion is (rightly) for the work of the orchestra.

It's an impressive set list too, a handful of the biggest hits from his earlier group ('King Of Pain', 'Every Breath You Take') are slipped in and around the solo work. It is, overall, a class show that served to remind that even the patchy recent Sting albums contain one or two stunning pieces. 'Desert Rose' was transformed into an amazing Arabian boogie.

And the Mission crowd got its singalong moment echoing back the "sending out an SOS" chant of final encore 'Message In A Bottle'.

You have to wonder what people thought they were going to see, complaining that it was slow or lacking in Police songs this was Sting with an orchestra (our very fine New Zealand Symphony) playing dramatically altered arrangements.

It was a celebration of Sting the composer. And it was the best performance this reviewer has witnessed at the Hawke's Bay winery. It's hopeful it goes some way toward changing the culture for future events.

The boos from the crowd when there were apologies at delays in the dog-legging alcohol queues does, however, suggest otherwise.

Comments
1
You must be a logged-in member to add comments. Log In | Subscribe
August 13, 2011 posted by maggys
Beautiful
We sat up on the hill where the stars shone and we could enjoy a sensational concert. We were transported by everyone of his impressively long set list
Newer comments    1 - 1 of 1    Older comments 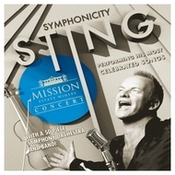