North American syndicated Rock radio show and website InTheStudio: The Stories Behind Historys Greatest Rock Bands investigates June 1983 when The Police Synchronicity album spent a staggering 17 weeks at # 1 on the U.S. album chart (only Michael Jacksons Thriller would do more at 22 weeks). But even more impressive was that all four previous Police albums would end up re-entering the Billboard Top 200 by years end. The Police found mass appeal success with the arresting Grammy Award-winning Song of the Year "Every Breath You Take". The bands endless touring would culminate with the biggest tour of ’83-’84 and would unfortunately set the stage for their disbandment. Sting, a voracious reader, explains where the albums title came from, as well as the decision to end The Police to InTheStudio host Redbeard.

"There was a book published called Synchronicity which is about the meaningfulness of apparent coincidences. Is there any meaning in coincidence? And that's what I wanted this record to be about. That's a grand design, I’m not sure if it comes off or not… "Synchronicity" was a very personal statement for ME…This was almost a solo record in the sense that the subject matter was very personal to me, and I couldn't really SHARE it. "Every Breath You Take", "Wrapped Around Your Finger", "King of Pain" were about my life. So that was the end of The Police, because I realized that I couldn’t involve this kind of work in a democratic process."

The POLICE 'Synchronicity' /InTheStudio interview is available now to STREAM at:
http://www.inthestudio.net/redbeards-blog/police-synchronicity

Direct Link to InTheStudio:
www.inthestudio.net
Comments
0
You must be a logged-in member to add comments. Log In | Subscribe

May 28, 2013
Win A Pair Of Tickets To Opening Night Of The Back To Bass Summer 2013 Tour!
The summer leg of Sting's critically acclaimed Back To Bass tour kicks off this Thursday, May 30 in Kelowna, British Columbia, and we've got two free tickets for one lucky winner and their guest to attend opening night!
Read more
+ 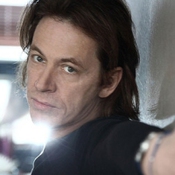 May 22, 2013
Absolutely Exclusive Post Sting Concert Midnight Solo Show with Sting's Lead Guitarist Dominic Miller...
Join Dominic directly after the Friday night Ravinia concert June 7th at Midnight for an intimate evening at the 200 seat Chopin Theater in Chicago. This is a mind blowing opportunity to experience the mystery of the man behind Sting's enormous success. Together Dominic and Sting have recorded 8 albums, performed over 1,200 concerts, and co-written and arranged songs, including songs like "Shape of my Heart" and "Fields of Gold'. In his early career he worked with Julia Fordham, Phil Collins and The Pretenders, which is what led Sting to seek him out in 1990. His massive contribution since then includes work with Peter Gabriel, Level 42, Tina Turner, Placido Domingo, Rod Stewart, Steve Winwood, Youssou N'Dour Luciano Pavarotti and Pat Metheny to name just a few...
Read more
+