Amnesty International And Sting Call For Release Of Pussy Riot Bandmembers In Moscow...

Last week, a court in Moscow ruled that three members of the female punk group Pussy Riot must remain in pre-trial custody for six more months after members of the group sang a protest song in Moscow's main Orthodox church in February.

Maria Alekhina, Ekaterina Samutsevich and Nadezhda Tolokonnikova, who are accused of "hooliganism on the grounds of religious hatred," face possible prison sentences of up to seven years. Preliminary hearings in the case have begun and the three have been ordered to remain in pre-trial custody until January 2013.

Sting, who is currently on tour and set to perform in Moscow later today (Wednesday 25 July) and in St. Petersburg on Friday (July 27), commented:

"It's appalling that the musicians from Pussy Riot could face prison sentences of up to seven years in jail. Dissent is a legitimate and essential right in any democracy and modern politicians must accept this fact with tolerance. A sense of proportion - and a sense of humor - is a sign of strength, not a sign of weakness. Surely the Russian authorities will completely drop these spurious charges and allow the women, these artists, to get back to their lives and to their children."

Amnesty International considers the three women to be prisoners of conscience, detained solely for their peaceful expression of their beliefs, and is calling on the Russian authorities to immediately release all three women.

"We're calling on the Russian authorities to drop the charges of hooliganism and immediately and unconditionally release Maria Alekhina, Ekaterina Samutsevich and Nadezhda Tolokonnikova.

"We consider them prisoners of conscience.

"If found guilty, they could face up to seven years' imprisonment - a totally unjustifiable response to a peaceful protest performance.

"Amnesty will continue to campaign for their release for as long as it takes. There's growing support for them and our text campaign - has been massively popular, with over 12,000 people taking part so far."

Pussy Riot performed the protest song "Virgin Mary, redeem us of Putin" in Christ the Saviour Cathedral in Moscow on 21 February, with several group members covering their faces in balaclavas. The song called on Virgin Mary to become a feminist and banish Vladimir Putin. It also criticized the dedication and support shown to Putin by some representatives of the Russian Orthodox Church. It was one of a number of performances intended as a protest against Mr. Putin in the run-up to Russia's March presidential elections.

The Russian authorities subsequently arrested Maria Alekhina and Nadezhda Tolokonnikova on 4 March, and Ekaterina Samutsevich on 15 March, claiming they were the masked singers. One of the women, Nadezhda Tolokonnikova, has admitted to being a member of the larger Pussy Riot group and taking part in the protest, while the other two deny any involvement in the cathedral protest. 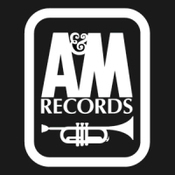 Jul 18, 2012
A&M Records Celebrates 50th Birthday With Release Of 3-Cd Set - The Anniversary Collection Due Out August 28...
It's an archetypal story of the modern record business - two guys with a dream running their nascent label out of a West Hollywood garage in the summer of 1962. The label quickly gains momentum and eventually becomes one of the most important record companies the world has ever seen. The two guys were Herb Alpert and Jerry Moss, the "A" and the "M" in A&M Records. By the way, it was Alpert's garage and that first hit was "The Lonely Bull," performed by Herb Alpert & the Tijuana Brass. And this year the two record men and UMe are celebrating the 50th Anniversary of their label...
Read more
+ 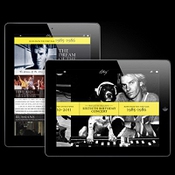