Lord Bateman was a noble lord,
A noble lord of high degree,
Imprisoned in some foreign country,
To spend his life in captivity.

He is a captain in the King’s own Navy,
He’d spent his life upon the cold grey sea,
What would he give now for a plate of meat and gravy,
Or for an angel to appear and set him free.

Full seven years he lives on bread and dirty water,
A single candle in his prison room for light,
Into the cell will walk the pretty jailer’s daughter,
The cloak she’s wearing is as black as any night.

She is a creature of captivating beauty,
As this bold captain’s hungry eyes would ever see,
She looks upon him with the eye of love’s desire,
And so he begs her, ‘Lady, will ye set me free?’

‘What can you offer if you gain your freedom?
I’ll lose my heart if I should ever set you free.
I have the keys if you’ll deliver me a promise,
Should I release you then you’ll vow to marry me.’

‘You are a creature of captivating beauty,
We could run and make a life beyond the sea,’
He takes her hand in his and makes a solemn promise,
‘Unchain me now and I will vow to marry thee.’

Beneath the city walls and down into the harbour,
She’ll throw his chains into the wine dark sea,
They’ll find a ship but now his hand is forced to stay her,
‘In truth I never could have married thee.’

She sees the black storm clouds on the horizon,
His solemn promises lie broken,
And whispered on the wind as if it’s spoken,
He’ll hear a maiden’s curse.

Found on these albums 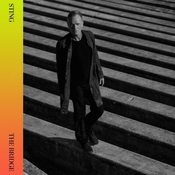 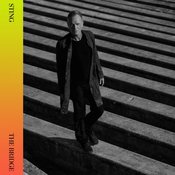